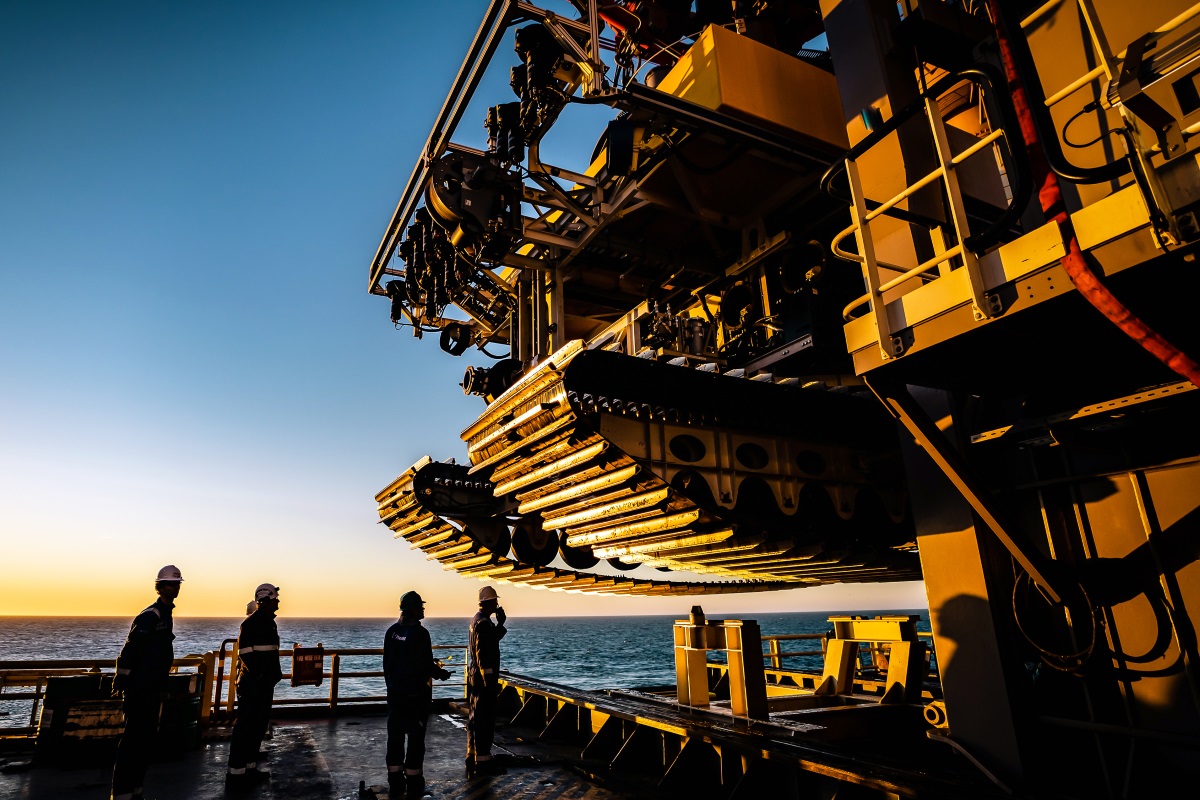 During the drive test program performed in the Dutch Sector of the North Sea, the Allseas-designed collector vehicle underwent extensive testing of critical mobility and all systems were shown to be functional. Covering a distance of 4,533 meters, Allseas engineers put the collector vehicle through its paces, driving it forwards and backwards at various speeds, and in different directions. In addition, tests were undertaken to raise and lower the vehicle’s adjustable collector heads – another critical function.

“This North Sea drive test is a key milestone that not only shows that our collector can be remotely operated in open seas but that it can do so in parallel motion with the Hidden Gem’s dynamic positioning system,” said Gerard Barron, CEO & Chairman of The Metals Company. “The tests show that the collector can be controlled with a very high level of accuracy that will enable us to build and execute detailed mine plans that respect the bathymetry, sediment characteristics and ecology of the deep seafloor. These trials are proving what we always knew about Allseas, that they take on every engineering task with an unsurpassed attention to detail and this is why they have the highest level of success in the offshore industry.”

The accurate positioning and coordinated movement of the collector vehicle and Hidden Gem will be vital for planned future offshore operations and engineers successfully completed a variety of tests of the vessel’s dynamic positioning system, confirming its ability to adjust speed and heading as the collector drives across the seafloor.

Earlier this month, TMC and Allseas announced the successful wet-testing of the polymetallic nodule collector vehicle and, with this latest round of system tests now complete, Allseas engineers will begin preparations for full pilot nodule collection trials over an 8 km2 section of the NORI-D contract area in the Clarion Clipperton Zone of the Pacific Ocean later this year. These trials are an integral part of the International Seabed Authority’s regulatory and permitting process and the environmental impact data collected both during and after this nodule collection test work will form the basis of the application for an exploitation contract by TMC’s wholly-owned subsidiary, Nauru Ocean Resources Inc. (NORI).

Since 2019, Allseas and TMC have been working together to develop a pilot system to responsibly collect unattached polymetallic nodules from the seafloor and lift them to the surface for transportation to shore. Nodules contain high grades of nickel, manganese, copper and cobalt — key metals required for building electric vehicle batteries and renewable energy technologies.

Development of technologies to collect polymetallic nodules first began in the 1970s when oil, gas and mining majors including Shell, Rio Tinto (Kennecott) and Sumitomo successfully conducted pilot test work in the CCZ, recovering over ten thousand tons of nodules. In the decades since, the ISA was established to develop the regulatory framework to govern mineral extraction in the high seas while technology development efforts have largely focused on scaling proven nodule collection technologies and optimizing for minimal seafloor disturbance and environmental impact.