Allseas touches down with Sonardyne dual GyroUSBLs on Lorelay stinger 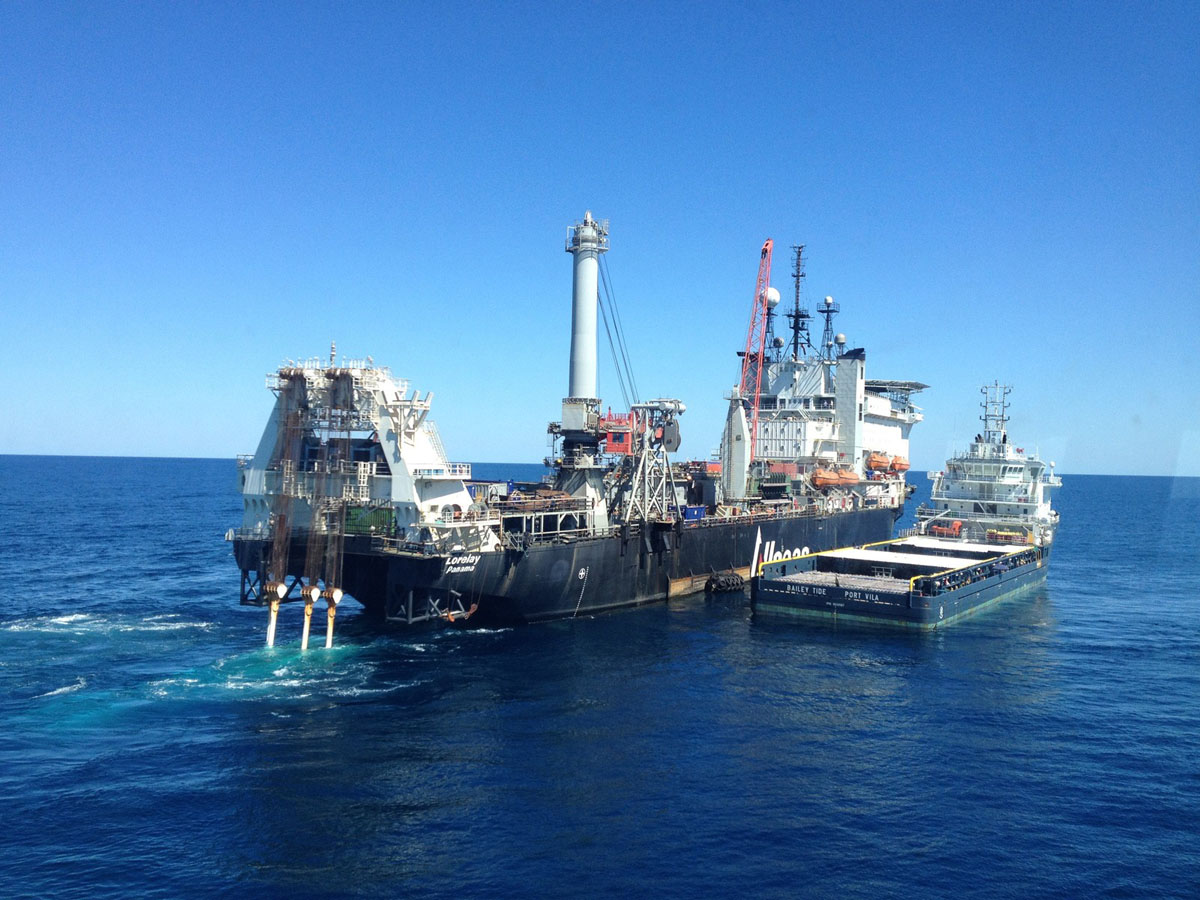 Allseas, a global leader in offshore pipeline installation and subsea construction, is to take advantage of the performance and operational benefits available from Sonardyne International’s GyroUSBL acoustic positioning technology, following an order for two systems for its 236 metre long lay vessel, Lorelay.

Used in conjunction with a Ranger 2 USBL (Ultra-Short BaseLine) topside which also formed part of the order, the GyroUSBL transceivers will be installed on the end of the Lorelay’s stinger to acoustically track an ROV deployed to ensure a pipe is accurately touching down in the permitted corridor.

USBL transceivers are routinely deployed through the hull or over-the-side of a vessel, enabling targets to be tracked below, to the side and far behind. However, on a large DP pipelay vessel such as the Lorelay, a transceiver cannot reliably ‘see’ through the thruster wash created at the rear so touchdown monitoring operations are often conducted by an ROV operating from a survey vessel (equipped with its own USBL system) following on behind. With a stinger-mounted GyroUSBL, there is a proven alternative.

The unit combines a 6G HPT transceiver (either 5,000 or 7,000 model) and Lodestar Attitude and Heading Reference System in the same assembly and is supplied pre-calibrated to eliminate the mechanical alignment errors seen in conventional USBL setups. These features allow an acoustic transceiver to be sited well away from noise interference, even on a dynamic structure such as a stinger, and deliver outstanding positioning performance. It also means that a pipelay vessel is able to employ its own ROV to carry out touchdown monitoring, allowing the accompanying survey vessel to get on with another task, or eliminating the need for it altogether.

Mounting a GyroUSBL on a stinger is now a widely adopted practise amongst pipelay vessel operators, with the technique having first appeared on the market in 2013. The Lorelay will be third vessel in the Allseas fleet to be equipped in this way, with systems already in operation on the Pioneering Spirit and Solitaire.

Alan MacDonald, Sales Manager at Sonardyne in Aberdeen said, “Locating a transceiver on the stinger is a great solution for ensuring that vessel noise disruption is rejected. The time-saving features of GyroUSBL results in reduced operational costs with the ability for users to move it from vessel to vessel with minimal downtime whilst maintaining the highest levels of positioning performance.”